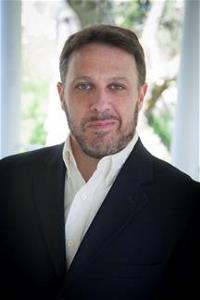 Lee Goldstein began his real estate career more than 20 years ago, and is a licensed broker in DC, Maryland, and Virginia. Over this time, Lee has held roles in sales, mentorship, management, and ownership at several local and national real estate firms, including founding and running his own brokerage, Northgate Realty. He is currently an Associate Broker with TTR Sotheby’s International Realty, and the principal and founder of the Lee Goldstein Group.

Lee has been active with GCAAR committees for well over a decade, having previously served on the Contracts & Clause (Forms), Public Policy, and Grievance Committees. He is a long-time member of the Professional Standards Committee and was selected as that committee’s Chairman in 2016.

Lee is a third-generation Washingtonian. In his life prior to real estate, he served a tour in the US Army Reserves and was a federal police officer with the United States Secret Service. When he is not working with clients, you’ll find Lee walking the trails of Rock Creek Park with Lexi, his sweet rescue dog, or cheering on his beloved (although these days more of a love/hate relationship) Redskins, with his son, Jared. He is also a co-owner of Rock Creek Sports Club, and stays active with exercise and nutrition. As an avid kayaker, Lee also spends as much time as he can on the water, often volunteering with Heroes on the Water to help with kayak fishing outings for servicemen and women and wounded warriors.