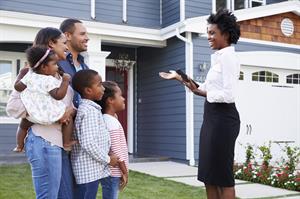 Why Use a REALTOR®?

Only real estate professionals who are members of the National Association of REALTORS® (NAR) can call themselves REALTORS®.  All REALTORS® adhere to NAR’s strict Code of Ethics, which is based on professionalism and protection of the public. That’s why all real estate licensees are NOT the same.

The National Association of REALTORS® is the largest professional association at over one million members strong. So, whether you’re buying or selling a home—it pays to work with a REALTOR®. Look for the REALTOR® logo when choosing your real estate professional.

No matter what side of the transaction you're on, REALTORS® provide you with invaluable services. Here are some highlights from the 2019 Generational Trends Report and the 2018 Survey of Home Buyers and Sellers:

Generational Trends Report
Since 2013, the National Association of REALTORS® has written the Home Buyers and Sellers Generational Trends Report. This report provides insights into differences and similarities across generations of home buyers and sellers. The buyer seller data is taken from the annual Profile of Home Buyers and Sellers.  New this year is the segmentation of the Millennial generation: Younger Millennials (21 to 28) and Older Millennials (29 to 38).  Read the full report.
Home Buying and Real Estate Professionals

Eighty-seven percent of buyers recently purchased their home through a real estate agent or broker, and six percent purchased directly from a builder or builder’s agent.

Having an agent to help them find the right home was what buyers wanted most when choosing an agent at 52 percent.

Sixty-eight percent of buyers interviewed only one real estate agent during their home search.

Sixty-three percent of sellers found their agent through a referral from a friend, neighbor, or relative or used an agent they had worked with before to buy or sell a home.

Seventy-five percent of recent sellers contacted only one agent before finding the right agent they worked with to sell their home.

Ninety percent of sellers listed their homes on the Multiple Listing Service (MLS), which is the number one source for sellers to list their home.

Seventy-seven percent of sellers reported that they provided the agent’s compensation.

Eighty-five percent said that they would definitely (69 percent) or probably (17 percent) recommend their agent for future services.