GCAAR is proud to announce the winners of our 2020 Annual Awards!

Koki Adasi is a senior vice president, team leader and listing specialist at Compass Real Estate, and a licensed REALTOR® in Washington, D.C., Maryland and Virginia. 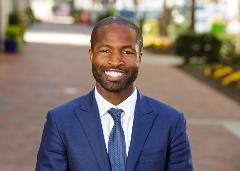 Since beginning his real estate career in 2006, Koki has been committed to building his business by prioritizing service over sales. As the third of five children born to Nigerian immigrants, Koki began cultivating his commitment to service at an early age.

“My family and I used to volunteer for the ‘Christmas in April’ program, where we would help rehab the houses of low-income homeowners,” he says. “Those experiences showed me the power of community service, the power of homeownership, and the necessity of helping those in need.”

To Koki, his team’s success comes down to its comprehensive approach to client care.

“Our goal is to make sure we take care of everything you need throughout the entire process,” he says. “You need your utilities switched over to your new home? Check. You need a recommendation for a great moving company? Check.”

Koki served as the 2019 president of the Greater Capital Area Association of REALTORS®. He is currently an active member of the National Association of REALTORS®, serving as the co-chair of the Meetings and Conference Committee as well as serving as a member of the Risk Management Committee, Commitment to Excellent Committee, YPN Advisory Committee and the Diversity Committee. Koki is also a past recipient of Realtor Magazine's '30 under 30.'

Koki remains committed to volunteerism and philanthropy today, through his ongoing relationships with local organizations such as Horton’s Kids, Student-Athletes Organized to Understand Leadership (SOUL), Kindred and Cornerstone Montgomery. Koki also had the honor of being named the Greater Capital Area YMCA “Philanthropist of the Year” in 2011. As a former Division I basketball player, Koki still enjoys playing basketball, traveling and spending time with his wife Jess and their children.

The GCAAR REALTOR® of the Year honor is awarded to one GCAAR primary member who provides continuous, dedicated service to enhance the quality of their profession and their REALTOR® associations. 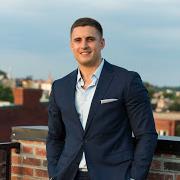 Cassidy Burns, a REALTOR® with Trent & Co. at Compass Real Estate, believes real estate is a tool for long-term planning. When working with clients, whether they are a first-time homebuyer, developer, or a long-term buy and hold investor, his mission is to help them prepare for the future.

Cassidy has been working as a REALTOR® since 2016, when he joined Compass. Prior to that, he studied exercise science and nutrition at Bridgewater College and worked as a personal trainer after moving to DC “on a whim” to experience life in a big city for the first time. One of Cassidy’s own personal training clients, Trent & Co. lead Trent Heminger, inspired him to pursue his real estate license. Cassidy really caught “the real estate bug” after deciding to broker his own deal to buy his first house in Bethesda, Maryland in 2016.

“Once I purchased this house and realized the benefits of owning real estate, I started educating myself on real-estate investing,” he says. “This helped my sales career tremendously, as I am now able to help educate my clients on the benefits of investing.”

For most individuals, Cassidy says, their home is the biggest and best asset in their portfolio, and he wants to make sure they are making the best decision possible. With his knowledge of the DMV market, Cassidy uses these same strategies to grow his own portfolio and help others build wealth through real estate.

Today, he owns and operates 45 housing units, and has 17 more under contract as rentals. Cassidy also serves as a GCAAR Young Professionals Network committee member, volunteers with the Big Brothers Big Sisters program, and practices Stand Up Muay Thai. His rottweiler Nox is his favorite exercise buddy, and you can find them running and hiking together through Rock Creek Park.

The GCAAR Rookie of the Year honor is awarded to one GCAAR primary member who provides continuous, dedicated service to enhance the quality of their profession and their REALTOR® associations. To qualify as a "rookie," applicants must have been licensed for the first time between Jan. 1, 2016 and Dec. 31, 2019. 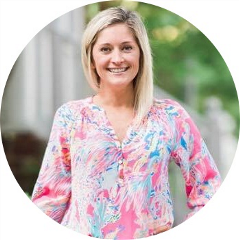 Sheena Saydam is the recipient of GCAAR's first-ever Good Neighbor Award, due to her remarkable contributions to local charities and organizations that benefit her community and beyond. Sheena and her husband, Han, have been practicing real estate in the D.C. metro region for just over a decade and have sold over 700 homes.

Their team has made significant investments in a non-profit called Generosity Global—through which they helped build Maryland's first shower truck for the homeless and helped drill clean water wells in sub-Saharan Africa. Sheena is the organization’s current board chair, supporting their mission to find legacy partners who can help the organization replicate Generosity Shower's success in other cities and bring clean water to one million people in sub-Saharan Africa.

As for her team's efforts in Cameroon and Kenya, they've funded and fundraised over $100K to bring clean drinking water to more than 20,000 people during the last 4 years. They recently helped raise over $20K to bring water and food to one of Kenya’s poorest communities as part of a COVID-relief effort. The team’s additional COVID-relief contributions have included helping Generosity Global purchase and deliver meals to over 200 local families, donating $1K to help educate Kenyan children on pregnancy prevention, and creating a $5K emergency fund for past clients now facing financial hardship.

Apart from her team's work with Generosity Global, Sheena serves on the board of directors for The Tree House of Montgomery County, which helps abused and neglected children.

Sheena has also served as board chair for the IT education nonprofit Urban Ed in Southeast DC. Sheena was named the DC Metropolitan Area’s “99 Agents You Want on Your Side” by Washingtonian Magazine in 2015 and 2016, and a Keller Williams Capital Properties “Top Producer" six years in a row from 2015 to 2020. In 2015, she was recognized as the number-one highest producer at Keller Williams for the DC Metro Region.

The GCAAR Good Neighbor Award is awarded to one GCAAR primary, emeritus or affiliate member who has made a significant difference as a volunteer for a charity/charities benefiting Montgomery County and/or the Washington, DC community. 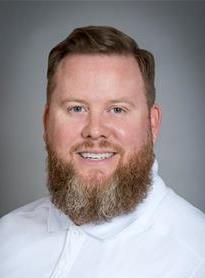 As a kid growing up in Germantown, Dan used to watch the big blue Moyer trucks pass in front of his house, and as a teenager, he spent his summers doing volunteer work with the Montgomery County Recreation Department. Years later, these two life experiences would come together when Dan joined Moyer & Sons Moving & Storage as the marketing director - and took over the Moyer & Sons Community Partners Program, which has focused on helping eliminate homelessness in Maryland, DC and Virginia.

While working with partners such as the Montgomery County Coalition for the Homeless, Interfaith, KindWorks, Homes Not Borders, and A Wider Circle, Dan has been able to assist in food and clothing drives throughout the region, grab a few hundred pounds of mulch to beautify shelters, move furniture into a new home for refugee families, and take time to talk with individuals experiencing homelessness to find new ways to work together as a community.

As a member of GCAAR’s Community Service Committee, Dan has assisted in providing volunteer opportunities for all members of GCAAR. Dan directly supported REALTOR® Fest’s silent auction in 2019, has given thousands of dollars in grants to community partners, has helped prepare Stepping Stones Shelter for displaced families, and regularly drops off Moyer boxes to GCAAR members for many of its food and clothing drives. In fact, Dan recently picked up thousands of items for the committee a part of its 2020 Shoebox Drive, getting essential items to homeless individuals within Montgomery County. Dan has served as a presenter at several GCAAR seminars on topics involving safety, regulations and the future of the moving industry.

Dan was born and raised in Montgomery County and attended Seneca Valley High School and the University of Maryland. He lives with his family in Gaithersburg. In his free time, Dan enjoys hiking, watching the O’s play and participating in the non-profit haunted attraction, Markoff’s Haunted Forest.

In its Affiliate of the Year, GCAAR looks for a member who is actively involved in volunteering at and sponsoring events year-round, joining a committee and going above and beyond in the community.

Congratulations to all our 2020 winners. Thank you for everything you do for GCAAR and for our real estate community!