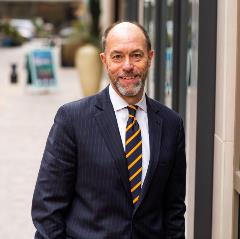 Marcus’ real estate career began in 1999, when, after nine years of practicing law in the Boston area, he began working as a settlement attorney with RGS Title in Bethesda. In 2006, Marcus transitioned from law to brokerage management by becoming the Team Leader of the newly formed Keller Williams Capital Properties.

Marcus’ work with GCAAR began in 2008 when he joined the GCAAR Rookie Society, focused on helping new agents in real estate. In 2010, he joined the District of Columbia Association of REALTORS®’ Board of Directors and served for two terms, including two years as secretary. Marcus also served on GCAAR’s Green Committee and DCAR’s Communications Committee. He is currently serving on GCAAR’s Board and DCAR’s Public Policy Committee.