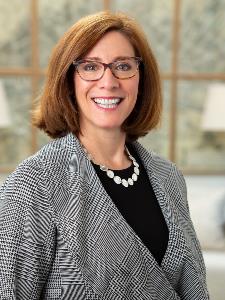 Kirsten Williams, with TTR Sotheby’s International Realty, has been a full-time agent, licensed in DC, Maryland and Virginia, for 23 years. She began her career with W.C. & A.N. Miller REALTORS® in 1997. In 2007 she and her partner, Dolly Tucker, moved to the new DC office of McEnearney Associates, Inc., where in 2011, Kirsten became the managing broker. In 2014 Kirsten realized that she missed sales and client contact, and re-launched her selling career at her current office, where she remains today as managing broker and partner in the Kirsten + Frank team.

Kirsten has lived in the DC area since 1995. Today she lives in Chevy Chase with her husband, John, their daughters Betty and Katie, and labrador Flounder.

Locally, she is on the Board of the Chevy Chase Historical Society; served as chair of the Chevy Chase United Methodist Church Council; and volunteers for BCC High School. In her spare time she loves to play tennis and pickleball, and go for walks in Rock Creek Park.